A long-term supporter recently revealed their strong family ties to Frontier Services by way of a heartwarming handwritten letter.

All of us at Frontier Services are grateful and delighted to receive correspondence from you. We love hearing about the ways in which our Outback Links volunteers and Bush Chaplains have made a difference in your lives. So when 96-year-old Elizabeth JR Guy from New South Wales sent us a handwritten letter it piqued our interest. She told us about her family’s association with Frontier Services going back more than 30 years.

A trained mothercraft nurse, Elizabeth with her husband lived in Arnhem Land in the Northern Territory for several years. They quickly developed an interest in helping the Indigenous people of this land. 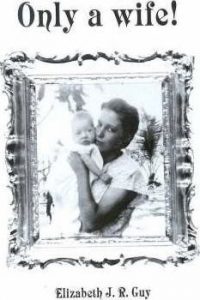 Elizabeth’s nephew Rev. Michael Ellemor was appointed ‘Patrol Padre’ (what is now known as a Bush Chaplain) in the ’90s. He spent time with his wife Evelyn in the Tennant Barkly Remote Area Patrol in the Northern Territory. In 1993, eight-year-old Clinton Liebelt went missing from Dunmurra Roadhouse, NT. News quickly spread about his disappearance. Michael joined the search party of volunteers and officials to look for the little boy who was lost in the bush.

The search party tragically found Clinton’s body nine days later. With a devastated community by his side, Michael performed the boy’s funeral. This is still something he considers as one of the most significant things he has ever had to do during his time as a Frontier Services’ Patrol Padre. Michael was in the frontline, providing support as people struggled with their sadness and shock.

In our February edition of Frontier News, we brought to you an account from Frontier Services Bush Chaplain Pastor John Tomkins. He spoke of the sadness that unfolded in the community when four-year-old Cleo Smith went missing in Carnarvon, WA. In this instance, the search party found her. The contributions of our Bush Chaplains to  rural and remote communities are unparalleled. They are often the only familiar faces that isolated Outback communities see apart from their immediate loved ones for long stretches of time.

We asked Michael to share some memories with us from his unforgettable time spent working for Frontier Services.

While it’s been more than 30 years since I worked up there at Tennant Barkly, a lot has changed. But there will never be a time when people don’t benefit from a listening ear. Churches have started to get involved in Disaster Recovery on a big scale. Back then, we mostly worked alone with meagre support. I am glad to see Frontier Services Bush Chaplains still going strong. Their work demonstrates why Bush Chaplains are an integral part of the community, and why it matters to stand beside people when they need helping hands and listening ears.