Bush Chaplains an Essential Service to the Bush

Coronavirus has changed our world and made people feel afraid. It doesn’t matter where you live, we’ve all had to adapt and change quickly. The most painful thing is being physically distant from those we love. We hope that you and your loved ones are safe at this time. We understand everyone is doing it tough, but please know we’re all in this together.

I am so grateful for our wonderful Bush Chaplains. Theirs is a role most would struggle to fulfil. As chaplains in hospitals and jails, and as part of SES teams, they haven’t stopped working on the frontline. Indeed, they are an essential service to the bush.

Just as our people were recovering from drought, bushfire and floods, COVID-19 put communities in lockdown and placed increasing pressure on those who are already vulnerable. All the rebuilding and external help has stopped.

With so many Outback communities in lock down, our Bush Chaplains are the ones keeping people in remote Australia feeling safe and connected. This includes our indigenous communities, who have forcibly had to close their borders. With no one in or out, they’re unable to have sacred celebrations or funerals.

Everyone is feeling scared. But we are walking with them. And as the ever-present friend, we need our Bush Chaplains to be there now more than ever. We need them to continue bringing compassion, comfort and care to people in isolation.

We know these times are tough for everyone. So if you are able to help, as the financial year draws to a close, I would really appreciate it. We are still being called on to help those in need.

Your online donation today will support people in remote Australia

Rev John Dihm (pictured) has been a Frontier Services Bush Chaplain for over 17 years. He has touched the lives of hundreds of families. Indeed, his connections with people in the bush are vast, and run deep.

To him these people are not just his friends – they are his family. Those of you who are blessed enough to call John a friend will know his generosity and compassion for those in need. He will always be there when you need him most.

“As a Bush Chaplain, you become totally involved with families…” 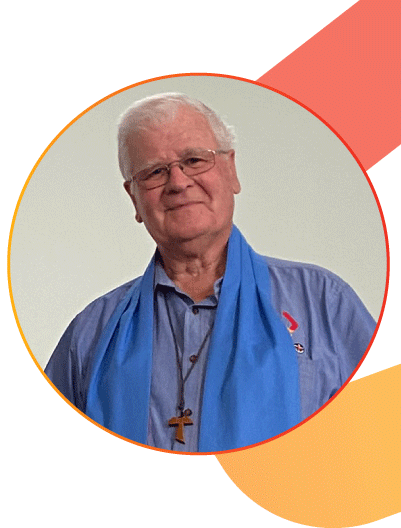 John told me about a couple he met on his first placement in South Australia. I could feel the connection they shared by the way John spoke of his friendship with Robert* and Anne*.

Theirs was a tough journey. Robert struggled with alcohol. But over time, John was able to get him sober.

John meant so much to them that the trio stayed connected, even after the couple moved to Kalgoorlie and started a family. The relationship lasted over the years.

Not long ago, John received distressing news that left him shaken. His dear friend Anne had been diagnosed with cancer.

And she only had two weeks to live…

“As Bush Chaplain, you become totally involved with families,” he told me. “To hear that Anne had cancer…the news came as such a shock.”

All John wanted to do was to be with them. To be by their side. But he couldn’t. Not only are strict travel restrictions in place, but as police chaplain in Western Australia’s Pilbara region, John needs to respond to increasing cases of domestic violence due to the shutdown. The whole situation was heartbreaking.

But John was determined to bring them compassion and care

John connected the couple with Pastor Lindsay Ginn, our newest Bush Chaplain in Kalgoorlie. Lindsay didn’t hesitate. He wanted to help. He went to be with them, offering a listening ear and praying with them. We thought Anne still had two weeks left, that’s what we were told, but the very next day, she passed.

“It’s heartbreaking not being able to be there for the ones you love.”

With Anne’s sudden passing, it was a scramble for everyone to organise the funeral. From the Pilbara, John prepared the service. And Lindsay would deliver it in Kalgoorlie. But the shutdown presented a new challenge for all involved – closed borders.

With regional travel restrictions in place, family members from across the state faced the grim prospect of not being able to attend. Their grief was compounded by the restrictions on the number of people permitted at funerals – ten.

It’s hard enough to lose a loved one in tragic and sudden circumstances, but being unable to attend their funeral to say your farewells? It’s gut-wrenching.

“It’s heartbreaking not being able to be there for the ones you love,” John told me. “But it brought me comfort knowing that a fellow Bush Chaplain was going to be there for Robert and his family.” 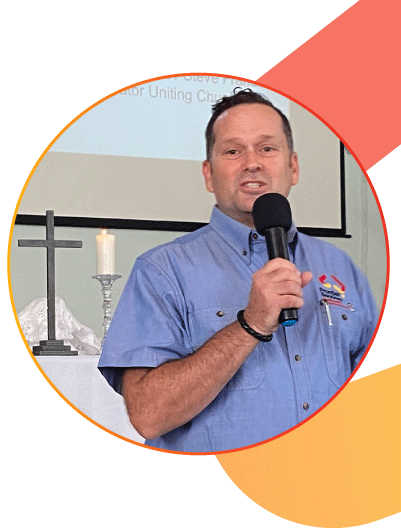 John knew he couldn’t affect the travel restrictions – he himself couldn’t leave the Pilbara – but there were grieving families that needed to travel from Perth, Bunbury and Albany to Kalgoorlie…

John was going to do anything he could to help his friends. Through his connections, he was able to prepare and submit letters that would allow the families to cross regional borders on compassionate grounds.

Delivering the service, Lindsay (pictured) occupied one of the ten spots. The funeral director another. In all, only eight family members were allowed to attend Anne’s funeral. One of them recorded the service so others who travelled to Kalgoorlie – and had to remain in their cars – could watch live.

I can’t imagine not being able to hold someone on the worst day of their life. Not being able to physically connect with your family during your time of grief only makes things harder.

But, knowing they were there, doing what they could do to connect and support each other was all they could do.

These tough times are presenting new and unique challenges for people in remote Australia. But they’re not alone. Our incredible Bush Chaplains are still there with them. They are still connecting people in times of need.

Maintaining vital social connections now and into the future

The role of our Bush Chaplains is to keep already-vulnerable people feeling safe and connected. They are committed to reaching out and making sure people are ok.

They might not be able to give people the cure or develop a vaccine, but they are there to listen.

At a time when people couldn’t feel more isolated, your gift will bring compassion, comfort and care to people in Outback Australia by ensuring our Bush Chaplains can be there for them. Any gift – large or small – will make a tremendous difference to the lives of people out bush.

Bring compassion, comfort and care to people in the bush - DONATE TODAY

P.S. We also want to pay tribute to an incredible man, Rev Des Williams, a retired Bush Chaplain who we lost recently to COVID-19. We are forever grateful to him and his family for the years of service in our Burke & Wills Remote Area, Queensland.