Help their vital work continue: I am constantly amazed by our wonderful Bush Chaplains and the way they care for remote communities and people in isolation. Each of them covers a vast area and develop life-long relationships within the communities they serve. And it is because of these relationships – the trust they build – that people turn to them in times of crisis.

Whether it’s a natural disaster or personal tragedy that strikes people and communities, our Bush Chaplains are there. They bring hope, comfort and practical care to people in isolation when they need it most.

As essential services continue to withdraw from these areas, the role our Bush Chaplains play becomes even more critical. For more than 105 years, we’ve had Bush Chaplains providing this vital service across remote Australia. That’s why we need your help right now, as the financial year draws to a close. We are hoping to raise an additional $240,000 by June 30 to help their vital work continue.

Your support can mean a great deal to remote communities like Tom Price in the Pilbara region of Western Australia. Earlier this year, the mining town was rocked by the mysterious disappearance of one of its beloved members. Our Bush Chaplain, Rev John Dihm brought the community together. He provided practical and pastoral care during one of its darkest times. He was with them every step of the way.

Her final words were she’d be home soon

Felicity Shadbolt (pictured), known to many as Flick, was a dedicated mother who had a strong work ethic and strove to provide the best for her family. She dearly loved her 8-year-old twin girls.

One Sunday morning at 11.30am, Flick left her home in Tom Price for one of the local walking tracks around Mount Nameless (pictured above1). It was just a routine run. She loved the outdoors. But it was turning out to be a very hot day. At 12.50pm, she sent a text message to her husband Drew. It said she’d be home in 20 minutes. These were her final words. Tragically, she never returned… 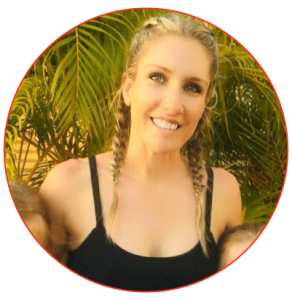 Drew came home from work that afternoon to discover the twins still on their own. He quickly went looking for Flick and found her car parked at the base of the mountain. Frantically, Drew searched the area. But he couldn’t find her. He sounded the alarm.

“God, give me the strength to work through this.”

Drew and his mates continued to search into the night.

Rev John Dihm, our Bush Chaplain in Tom Price received a phone call from the local police sergeant. It was about a missing person. As police chaplain, he was involved. His heart sank when he learnt it was Flick. In a small community, his connections to this family were numerous.

John knew the married couple very well. He worked with Drew on the mining sites. His daughter went to school with Flick. And his own grandchildren played with the twins. A difficult task now lay ahead of him. This was personal. 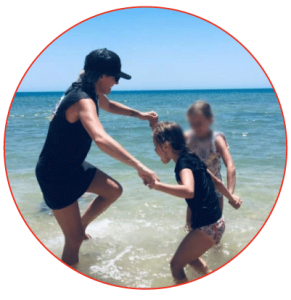 “When I heard it was Flick who had gone missing, I asked the Lord, ‘God, give me the strength to work through this’,” John said. “After gathering my thoughts, I put together a plan of action to share with the police so we could start the official search.”

I often tell people that our amazing Bush Chaplains take on a role many would struggle to fulfil. They are on the frontline as first responders in times of disaster or crisis. And this time was no different. I’m so grateful that John was there to organise the SES crews, support teams and volunteer groups to start a coordinated search in the early hours of Monday morning.

Bush Chaplains like John are often the hub of their communities. But they need your support so they can continue serving the people of remote Australia. By giving a gift of $30 or $50 today, you can help their vital work continue.

“As chaplain, our job is to try and hold everything and everyone together.”

Every day, John coordinated the volunteer search parties from dawn until dusk. Temperatures often reached above 40 degrees. He was an integral part of the whole operation.

John spent time with people on the field, providing care and debriefing, making sure everyone was ok. He reminded people to eat, drink, stay refreshed and get plenty of rest. But the search effort was taking its toll…

“On the first day of the search, we went right up to the top of the mountain,” John said. “We hoped we’d find her that day, but we didn’t. As the search went on, the intensity of the situation grew and reality struck home.”

Flick’s mother and sister had flown in from Victoria that Monday evening, as did Drew’s parents from Tasmania. Tensions ran high as the days went by. Accusations were thrown around. Everyone was tired. The police were tired. The volunteers were tired. And John barely managed 6 hours of sleep the entire week. I don’t know how he did it.

But John knew he had to hold everything and everyone together. Despite his already-deep involvement with the search operation, as the police chaplain he was the independent witness when Drew and other members of the family were interviewed by the homicide team.

“In a small town like this, when someone goes missing the police will go through the process with everybody,” John explained. “When we caught up with Drew, he’d been out all night searching. He was exhausted. I encouraged him to go home, have a shower, shave and get some rest before being grilled by police.”

Above: Police and SES workers during the search near Mount Nameless3

Can you imagine how hard this interrogation must have been for a grieving husband and father to endure? I’m so grateful that Bush Chaplains like John are there to provide compassion and care to people like Drew and his family during times of crisis. A gift of $30, $50 or a generous $100 today will ensure their vital work continues across remote Australia.

On Wednesday night, Flick’s body was found 500m from the walking track. Police confirmed they weren’t treating her death as suspicious and asked our Bush Chaplain to announce the discovery. John knew the community would need him now more than ever.

Tom Price is such a small, close-knit community. The impact of Felicity’s disappearance and her tragic death was felt by everyone. Families raw with grief needed to be brought together; a memorial service the whole community could participate in needed to be arranged; and a debrief and counselling service established for all the townsfolk. Every step of the way, our Bush Chaplain was there with them.

My heart aches thinking about how challenging this whole ordeal must have been for John. He knew the Shadbolt family very well. He had coordinated the search effort over four agonising days. And he’d bring the community together over the next few weeks to start the healing process.

The emotional and physical burden would have been too much for most to bare. This is why it takes a special person to fulfil the role of Bush Chaplain. And this is why we need to make sure this vital service continues for the people of remote Australia. 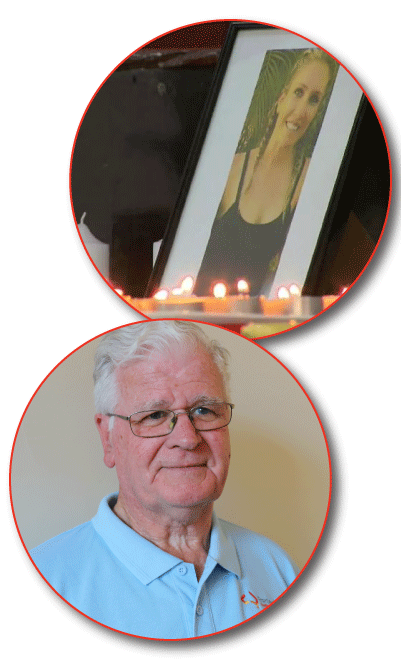 We are hoping ro raise an additional $240,000 to support our growing Bush Chaplaincy Program and help their vital work continue. Can you help with a tax-deductible gift of $30, $50 or a generous $100 by June 30?

Bring hope, comfort and care to people in the Outback - Make a tax-deductible donation today

I am ever grateful for your support. Your generous gift will ensure our Bush Chaplains like Rev John Dihm can continue bringing hope and helping hands to communities struck by tragedy in Outback Australia. Please help us. Your gift – whether large or small – will make a big difference to the lives of people living in isolation.